Identifying pockets of opportunity around the globe

The world is very large and diverse, yet it’s growing increasingly connected by the minute. Businesses, both local and multinational, are steadily dialed into trends and patterns in their backyards as well as those on the other side of the planet. Consumer trends vary from market to market, but technology is removing the confines of physical geography, as digital advancements have reduced many aspects of modern life to the click of a button.

And consequently, it’s progressively important for brands, manufacturers, businesses, marketers and retailers to stay abreast of trends in their markets as well as those they might not have considered just five years ago. And to that end, we’ve recently expanded our Quarter by Numbers report series to provide global insights at both a regional and country level for markets around the world.

Backed by improving global consumer confidence, many regions are seeing improved conditions for businesses and the fast-moving consumer goods (FMCG) industry. Here, we look at trends in a few select countries.

On the heels of improving consumer confidence in the recent quarter, Vietnam’s GDP grew 5.7% in the first half of 2017, but not as much as some would have hoped. Additionally, while consumer confidence remains at a five-year high, concerns about employment are growing across the region.

Despite the rise in GDP this year, Vietnam’s FMCG market has fluctuated over the past two years. Rural Vietnam, however, remains a high-potential opportunity for many manufacturers, posting growth of 6.5% in the second quarter, compared with 5.1% in urban areas. Additionally, rural markets accounted for almost 58% of total FMCG sales in the recent quarter.

The strength of Vietnam’s rural areas hinges on the fact that they’re home to more than 60% the country’s total population. Despite their outer locations, urbanization, internet access and smartphones are changing the lives of rural consumers, boosting their connectivity, exposure to media and ability to interact with the rest of the world in real time. And not only do rural consumers desire that connectivity, their exposure to a wider variety of products has shown that they’re also willing to pay for higher-quality products.

CONSUMER CONFIDENCE AND SPENDING ARE ON THE RISE IN HUNGARY

As with much of the world in the second quarter, consumer confidence and the job outlook improved across much of Europe (22 of 33 markets saw increases in confidence). In Eastern Europe, improved sentiment was less widespread, but a handful of countries did post increased confidence scores, including Hungary.

In addition to the improved consumer confidence, Hungarian GDP has been growing consistently over the past several years. In fact, Nielsen expects GDP growth to hit 3.5% by the end of this year. In the first two quarters of 2017, the industry and services sectors have grown, particularly construction, complemented by the tourism and retail sectors. Additionally, wages continue to grow, increasing more than 12% in the first five months of this year on a year-over-year basis.

The positive economic environment in the market is bolstering consumer confidence, which is reflected in consumers’ willingness to spend and their strong outlooks for future job prospects. Consumers are also feeling positive about their personal finances, as two-thirds of Hungarian consumers say they have spare money to spend at the end of each month—money that fewer people are putting into their savings accounts.

When it comes to spending, the majority of super categories are contributing to growth, and innovation remains a key driver of category performance. Consumers are making more shopping trips, driving impulse purchase in mid-sized retail outlets. The willingness to spend, availability of more disposable income and Hungarians’ positive state of mind, combined with economic stability, provide a very fertile ground for all players in the FMCG market to innovate.

IDENTIFYING POCKETS OF GROWTH IN THE U.S.

Second-quarter consumer confidence in North America was the highest globally (118), buoyed by upbeat consumer sentiment about their finances, the job market and spending intent. Unlike in Canada, confidence dipped in the U.S. in the second quarter, yet remained significantly above the baseline optimism level of 100.

Despite positive consumer sentiment, the U.S. retail landscape remains mired in relative uncertainty. It’s not all bad news for FMCG retailers and manufacturers, however, as savvy companies are dialing into a few silver linings amid the slower-growth environment.

Here are a few insights:

E-commerce: While e-commerce has driven 8% of all U.S. FMCG sales this year, it’s driven nearly all the growth. Additionally, Nielsen projects that the online grocery industry could grow into a $100 billion opportunity over the next decade.

Health & Wellness: As consumers strive for healthier lives, they expect FMCG companies to help them in their quest. In fact, more than half (57%) of U.S. consumers say they’re willing to pay more for healthier food items, while 62% say quality is more important than price.

Multicultural Demand: In the U.S., 92% of the population growth between 2000 and 2014 came from multicultural households. Multicultural consumers are collectively influencing mainstream American culture, including what the rest of America puts in its baskets.

Millennials: Not only do Millennials now account for about one-quarter of the U.S. population, their buying power is increasing as they get older and start families. But despite this group’s large spending prowess, FMCG companies need to adapt to Millennials’ unique shopping behavior and characteristics.

Premium Prestige: As average wages rise, more consumers are looking for a taste of the good life. Across the U.S., growth in premium and prestige segments is outpacing FMCG growth, particularly in the personal care and food areas.

As we move through the back half of 2017, there are plenty of reasons to be optimistic. In fact, the formula for growth hasn’t changed. Businesses just need to look in some new places to find it.

Backed by modestly improved consumer confidence in Latin America in second-quarter 2017, Mexico’s economic landscape had improved at the midway point of 2017. The value of the peso against the U.S. dollar was up nearly 15%, the GDP forecast was improving (BBVA forecasted to 2.0% for 2018) and 60% of consumers reported feeling as though their personal finances would improve in the next year.

Despite the positives, FMCG growth slowed in the second quarter, largely due to consumer efforts to seek value as prices rise. Inflation has been rising steadily over the past year, but the rate jumped from 3.4% at the end of 2016 to 5.4% in first-quarter 2017. It then jumped to 6.3% in the second quarter, placing greater pressure on consumer spending power.

As consumers seek higher value for their money, they’re spending more time shopping at discount and wholesale outlets, which allow consumers to shop for retail brands at lower prices. In addition to adjusting the channels they frequent, consumers are assessing price vs. volume in light via promotions, multi-packs and larger pack sizes.

In this environment, manufacturers and retailers should avoid the temptation to overly focus on discounts and low-end brands. Rather, they should focus on optimizing their pricing strategies, aiming to sell their products at the right price without doing so at the expense of profitability. They should also invest in innovation strategies that foster the development of products that entice consumers to trade up and pay higher prices. 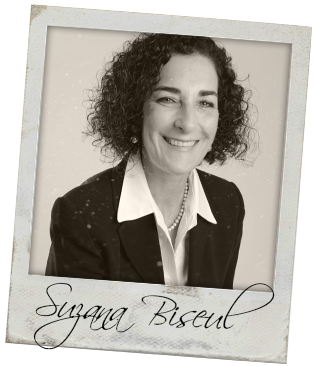